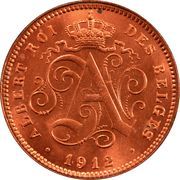 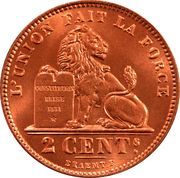 The royal monogram is surrounded with legend in French. Date below.

Translation:
Albert King of the Belgians
1912 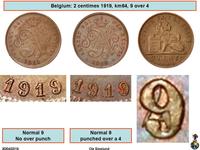 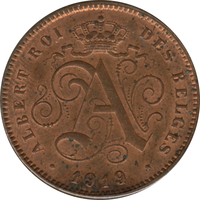