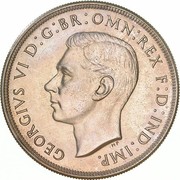 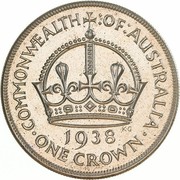 Originally issued in 1937 to mark the coronation of King George VI. It's commemorative appeal was lost when it was issued again in 1938. The 1938 coins fetch a much higher price due to a much smaller mintage in that year. The coins contain 0.841 oz ASW 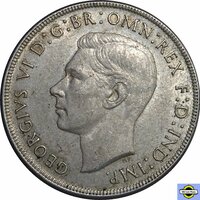 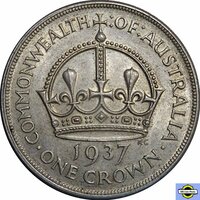 Bullion value: 21.44 USD Search tips
This value is given for information purpose only. It is based on a price of silver at 820 USD/kg. Numista does not buy or sell coins or metal.