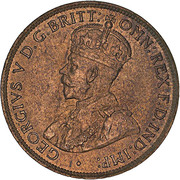 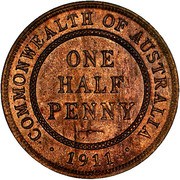 Translation:
George V by the Grace of God, King of all the British territories, Defender of the Faith, Emperor of India
B. M.

Lettering:
COMMONWEALTH OF AUSTRALIA
ONE
HALF
PENNY
1911 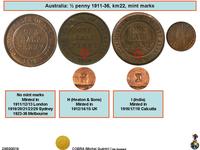