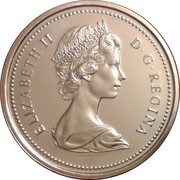 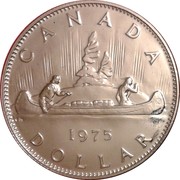 The portrait in right profile of Elizabeth II, when she was 39 years old, is surrounded with inscription

Translation: Elizabeth the Second, Queen by the Grace of God

A voyageur and an aboriginal paddling a birch-bark canoe by an islet on which there are two wind-swept trees. The vertical lines in the background represent the northern lights. Surrounded with the date, the face value and the inscription "CANADA". 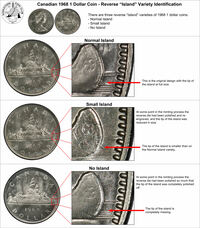