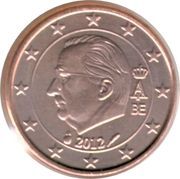 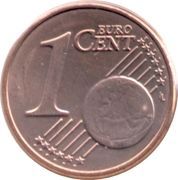 Left profile portrait of King Albert II is encircled by the twelve stars of Europe. Between the head and the band of stars is his Crowned monogram: Crown above capital "A" with the Roman numeral "II".