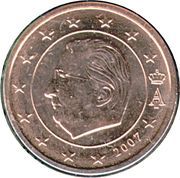 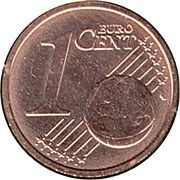 The portrait in left profile of King Albert II is encircled by the twelve stars of Europe, among which is situated his monogram: a capital "A" with the Roman numeral "II" underneath a crown.

The star variants on the 1999 coin 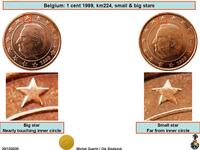