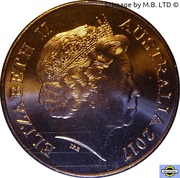 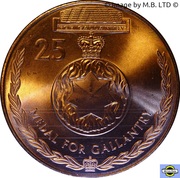 Legends of the Anzacs - Medal for Gallantry

This 25 Cent coin is part of the second series of "Quarters" issued by the RAM. Although not meant for circulation it is legal tender.  This particular coin refers to the Medal for Gallantry which is awarded to members of the Australian Defence Force for gallant acts under hazardous conditions in operational conflicts including Afghanistan, Iraq, Rwanda & Vietnam. Introduced in 1991 it is one of the top three gallantry decorations in the Australian Honours system.