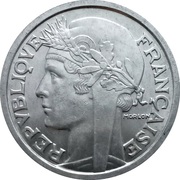 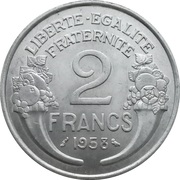 A cornucopia on each side, lettering at top, value in middle with date below. Privy mark to right of date.
If there is a B or C Mintmark it is in the gap between the two bases, below date.